After 40 years working for newspapers and writing mostly true stuff (I say “mostly true” because I may not have caught all the lies I was told), I wanted to write something completely fictitious. But what could I write about? The standard answer to that question is: Write what you know.

All I really knew was newspapers, so I made my main character a newspaper reporter in the city I knew best. I named him Warren Mitchell, with the nickname “Mitch,” and put him to work at the St. Paul Daily Dispatch. I thought Mitch needed a friend, a compatriot, someone he could talk to, so I gave him Alan Jeffrey, the Daily Dispatch’s best photographer. They had met in college, served in the Navy together and found civilian employment together.

A woman I had worked with, who left the newspaper and started a very successful series of mystery novels, advised me to inject humor into my stories because “that’s what you do best.” Thus Mitch and Al became punsters and pranksters who amuse their fellow workers. Their city editor, who is modeled after a wonderful man I worked for, has labeled them “Siamese twins, joined at the funny bone, which in their case is the skull.”

An 85-year-old lifelong bachelor friend read the 22-times-rejected manuscript of my first book and said, “Steamy sex. You gotta have steamy sex.” I did some rewriting, got a contract with a publisher, and the Mitch and Al series was born, based on the rock-solid foundation of steamy sex and plentiful puns. Mitch and Al have suffered beatings, shootings, stabbings and near drownings, but so far they’ve always caught the bad guy. Or girl.

Glenn Ickler’s Books are available on Amazon
Click below to purchase on Amazon.com 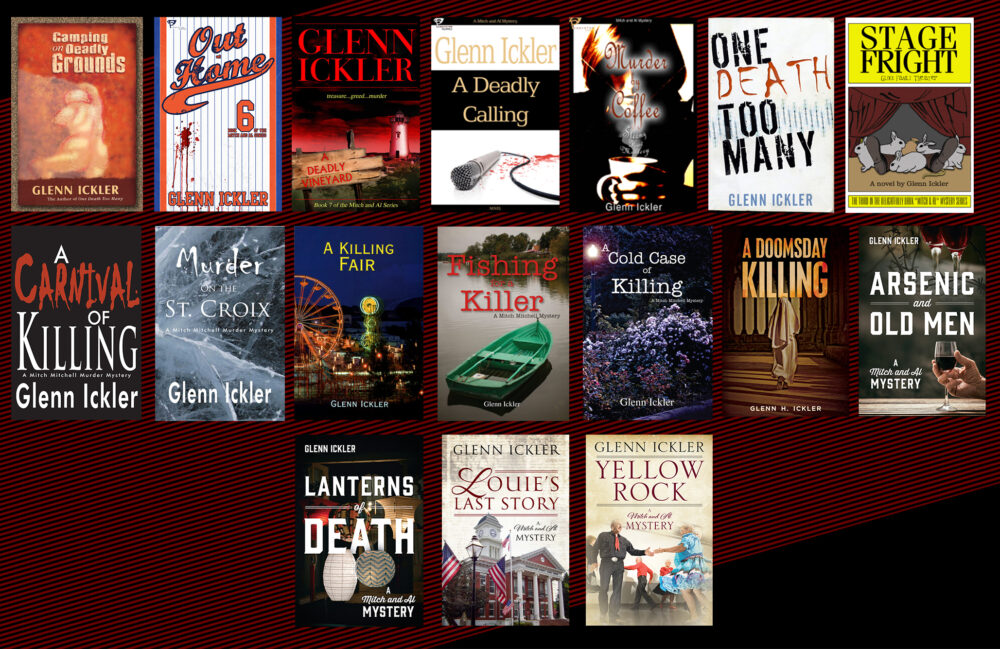